What happens when you put five local talents together plus one television star? You end up with a smash hit! The current production of “Pump Boys and Dinettes” at West Shore Community College is just that. The opening night performance was a crowd pleaser and received a standing ovation. The talent on stage, plus some audience involvement and good-natured bantering, is a good combination. The musical production takes place in a gas station-diner combination on Highway 57. The audience is given a look into the lives of the six people who operate the businesses. 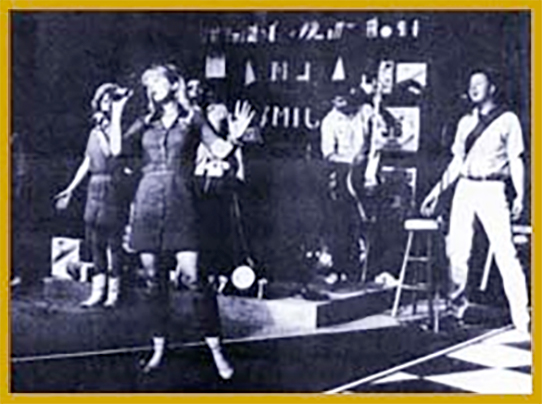 The star of the production is “Hee Haw’s” own Misty Rowe. Rowe has appeared on the TV show since 1972 and has also appeared in numerous stage productions, TV shows and movies. As Rhetta Cupp she does a superb job.

The songs Tips performed by Rowe and Coralee Troutwine provided good laughs for the audience and put another local celebrity, Edgar Struble, “on the spot.” The girls collect money from the audience. The money is being donated to the “Save the Children” fund. Struble, who attended the opening night performance, was hit up twice by the girls for a tip. Struble and Rowe are good friends and Rowe credits her success at her first stage audition to Struble.

Rowe appears to be doing her best to fit into the community. She and the entire cast met with the audience after the opening night performance to “chat and sign autographs.” In some closing comments at the end of the performance she thanked the college for inviting her here. “I learned since I’ve been here that it’s not always important to be the best,” Rowe said, “but to try your best.”

Pump Boys & Dinettes is a musical that tells the story of 4 males and 2 females who work at a gas station/dinette somewhere between Frog Level and Smyrna, North Carolina